Transcending the edge in yoga 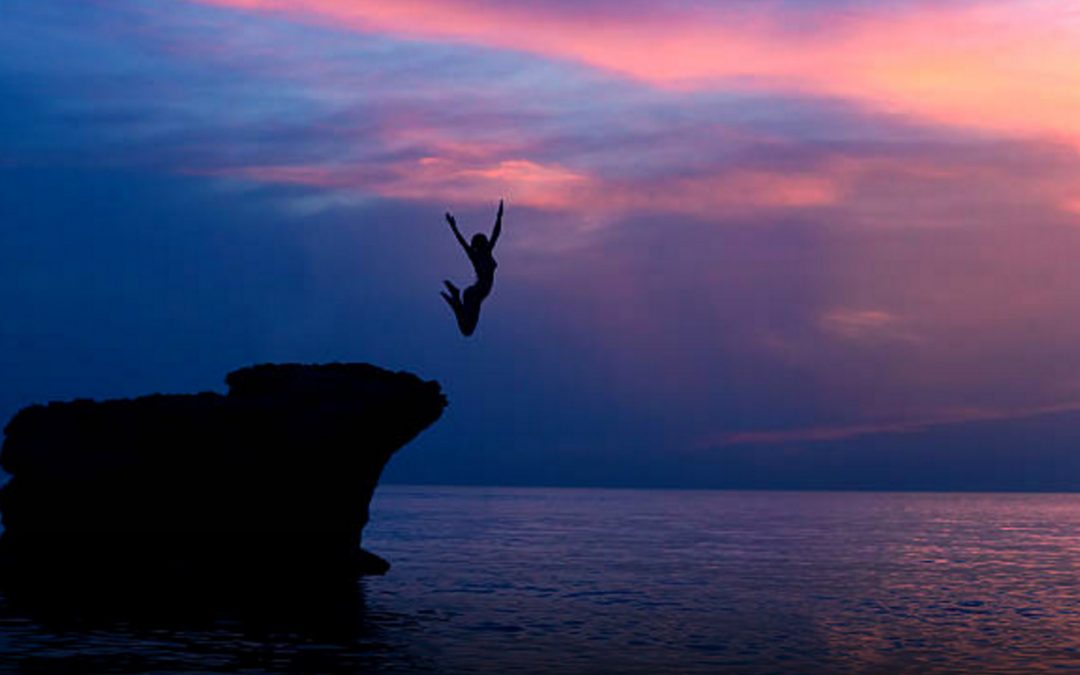 Transcending the edge in yoga

(Find the edge of love… and then be that edge.)

The real breakthrough for me in my early yoga journey was realizing that I didn’t have to flee from discomfort. I didn’t even have to “put up” with it. I could actually just be the feeling of it, and enjoy it.

If we look back over time at how the physical practice of yoga actually evolved, it was a trigger to turn off the human hind-brain to enable deeper meditation.

The hind-brain is the part of our brain responsible for our “fight or flight” mechanism. It means that if you don’t like something (i.e. a threat to your continuing survival and existence) you run from it, or fight it. When we do yoga poses, many things can be said but at least in the early days it’s not as if you’re going to hear someone say about a reverse triangle “It’s the most comfortable pose I’ve ever been in.” It’s not exactly like being in a candle-lit spa being hand fed strawberries and spoons of honey.

And whereas many fitness regimes can be uncomfortable (“no pain, no gain”) with yoga you’re not moving, you’re not running – you’re staying still and experiencing it. If it hadn’t been for that ability to learn forbearance, I don’t think most of the rest of my spiritual journey would have evolved as it has in this life. And if you’ve ever met someone who started yoga and after that became a completely different person, or experienced that shift in yourself, you know what I mean. It’s only once we no longer have to react in fight or flight that the more “thinking” or “conscious” part of our brain and heart can take over and allow us to make more informed, spiritual choices for ourselves and others.

When I was growing up, there was a Japanese anime series called Aeon Flux, and in the opening sequence, there was a man speaking over the music, accusing his lover. Whatever accusation he made, she always countered with a statement that transcended and mutually included his. One such accusation was “You’re skating the edge.” How many times have you heard people say that either you or they were on the edge? Perhaps on the edge of discovery, on the edge of insanity, or perhaps just on edge and anxious. It’s a statement that limits and judges our journey of expression and experience. But Aeon’s answer, as was typical for her, embraced his accusation, as well as countering it. “I AM the edge,” she replied.

I don’t remember whom I first heard say this – perhaps it was the mystic Andrew Harvey, but it’s not a modern concept by any sense of that word, and it can certainly be traced as an idea at least as far back as Rumi: “God is in the paradox.” God (or our inner higher self consciousness) is who asks us to be neither one nor the other, to transcend this idea of human duality, and simply be – in the case of Aeon Flux, the “edge”.

There’s often times in our lives where things are just damn uncomfortable. Speaking from my own experience, there might be someone doing something to you that you just don’t like. You don’t understand what they are doing. You don’t like it. It doesn’t make sense. They should stop. You want to get over to that nice place, over there, that happy place, a nice land where they aren’t doing that thing that’s so uncomfortable anymore.

But what if we can’t get there?

It’s in those moments that God is asking us to walk the paradox, and be that edge. You don’t like where you are, you can’t get to where you’d like to be, you’re stuck. There’s only one way out (or over), and that’s the path of love.

There’s plenty of examples from history of these kind of situations. People, for instance, like Nelson Mandela, who were asking, as nicely as they could with the tools at hand, for their people to be treated with dignity. He asked, and the response was to put him in jail indefinitely.

What do you do then?

People like Mandela transcended his experience, and became the edge. When he was released, he didn’t lead his people on a path of retribution and blind justice – he led them on a path of healing, reconciliation, and forgiveness. He realized the “happy place” in the context of their history wasn’t theirs to inhabit, and nor did he want his people to stay in that place of discomfort and pain – there was only the edge left.

So when we find ourselves in that place of discomfort, where we just can’t get to the happy place, God (or our consciousness) is asking us to transcend.

And what does it mean to transcend?

It means to be love.

You can’t put up any longer with how that person is treating you, and nor can you get to a place where they aren’t doing what they are doing – there’s only love left. The path of being love.

Through our physical practice and path of yoga, we can find that path of love, transcending the boundaries of what is comfort or discomfort, and simply becoming the path of love itself as it flows through the river of our lives. We can press with our bodies into that experience of imperfect-perfect discomfort, each time finding a little more release, aware and listening to all the voices that burble up inside of us as we wait for our bodies to “give”, the long suppressed and toxic tensions that may have been subconscious and are now coming to the fore.

Moon is traveling through Sagittarius today. The grass looks greener on the other side during this time. Jump ship. Learn a new language. Tell it like it is. Make people laugh.