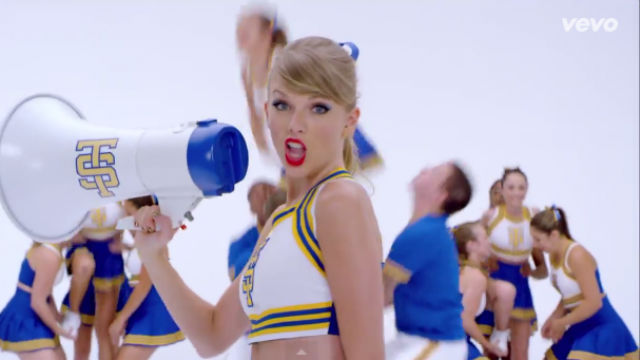 I’ll admit Taylor wasn’t my go-to girl on my iPod, but she’s turned up her vibration, and how! She’s made a mantra out of a backlash to popular culture and that’s pretty badass. With all the haters, bitches, and mean girl vibes all over the internet, she’s taken a big bite out of that and spun it into a positive mantra, and right on time. People are ready, beyond ready, to rise above the hater mindset, like who cares anyway?

Being caught up with haters is like looking over your shoulder all the time, looking for trouble, rather than looking straight ahead, staying in your own lane, and lettin ’em eat your dust. You see, two important things happen when you focus too much on others:

(1) You give them power and validate their negativity. People who like to hate also like to know that their hating is distracting you, so why allow that to happen? Like attracts Like, and when we “LIKE” someone’s negativity, we’re validating that negative sentiment in them, ourselves, and all humanity. Maybe your one “LIKE” is just your secret angst (Who’s really gonna know, right? And like the post said, “fuck’m anyway this is how I feel too! right??”).  You feel validated, and a charge of “F*ck-Yeah” races to the brain, releasing endorphins. You feel invincible and empowered — but in a truly positive way? Where and at whom is this “F*ck-Yeah” channeled? Your unsuspecting co-worker, your kids, your spouse, your best friend, or your fellow drivers?

(2) You program your mind to worry, fester, and be sickened by the haters. It’s like the saying goes: holding onto anger is like drinking poison and waiting for the other person to die. All that toxic negativity is just that, toxic. Instead of getting caught up in it, shake it off! Every day you’re programming your consciousness. You’re essentially a doctor prescribing yourself a daily dose of negativity or positivity. It really comes down to YOU.

When you make a conscious effort to shake it off, and BE in YOUr power, you send a clear message to the universe that you don’t have time for negativity. But here’s where the rubber hits the road. If you’re trying to beat the haters, fakers, and bitches at their own game, then you’ve already lost and they’ve won. Being vengeful, gossipy, and retaliatory only adds fuel to the fire. Rise above it, see it for what it is, and accept that those who don’t support you right now may just not understand you — right now. So kill the toxicity with kindness, rise above the negativity, and don’t get hung up on shit! You never know…that once-upon-a-time hater, might have the solution you’re seeking, but for as long as there is a wall of judgment, no synergy can happen.

The world just works better when we all work together.

So rise above the BS, go the direction of your dreams, and stay the course, shakin off any negativity that comes your way.

Thanks Taylor Swift, you crazy Unicorn you!
But I keep cruising
Can’t stop, won’t stop moving
It’s like I got this music
In my mind
Saying, “It’s gonna be alright.”

Moon is traveling through beautiful Libra today. Make it a date night. Smile, it looks good on you.