7 Places to Visit to Open Your Own Chakras 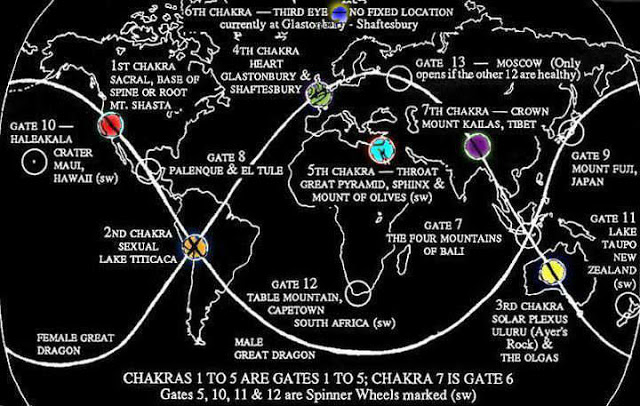 7 Places to Visit to Open Your Own Chakras

Because the Earth is a living planet, like our own bodies, it has 7 major chakras. As our energy flows through our main chakras, the Earth functions in the same way. In ancient times, Earth was held as a more sacred place than it is treated now, but we can still discover the Earth’s chakras for meditation and becoming one with our planet.

By visiting one of the 7 chakra centers on Earth, you’ll find an enhanced connection with the energy of the universe and be able to harness your own chakras more effectively. Here is where you will find the 7 chakras of the world.

Mt. Shasta, California
As the 1st chakra (though some say it’s the 5th), it is hailed as the root of the planet. It’s full of primal energy, represented by the Crystal Geyser there, which shoots to the surface in the very same way as the energy is rushed through us to our own root chakra. It is the force of life and a considered a fantastic place to meditate for those who need this energy.

Lake Titicaca, Peru/Bolivia
This 2nd chakra matches with your sexual chakra. The rainbow serpent has so many ley lines that it is only second to Bali in hosting the most of them. Here, primal energy is birthed and it has been said that this chakra is responsible for helping the Earth to overcome entropy.

Uluru, Australia
Known as the Ayers Rock and Kata Tjuta in Australia, this is the 3rd chakra. The Aboriginal people believe this to be the place where dreamtime legends come to life. In our own bodies, by visiting this mystical place, our solar plexus, the house of our emotions, connects in this powerful chakra spot.

Glastonbury, Somerset and Shaftesbury, Dorset
In Indian traditions, the heart (4th) chakra is the center of the Earth’s heart, and where the Holy Grail can be found. It’s a place where the heart opens and the healing begins, both in our own bodies as well as in the Earth.

Great Pyramids near Mt. Sinai and Mt. Olives
Considered as the planet’s voice, the 5th chakra is the only one to exist that isn’t on a ley line. It’s precisely located in the center of the land mass. It is also said that the unrest in this region is caused by the planet crying for help.

Western Europe
The Third Eye Chakra is the 6th chakra on the planet. Because it can shift it is often dubbed the Aeon Activation Center. Currently, it is in Western Europe but is expected to move during the next thousand or so years. It allows energy from another dimension to enter, and mirrors our own ability to recognize other realities.

Mt. Kailas in the Himalayas
The 7th chakra is the highest energy center, nicknamed the “roof of the world.” It is the crown of Earth’s chakras and helps develop a higher state of consciousness.

Have you visited one of these 7 centers for chakras? Tell us!