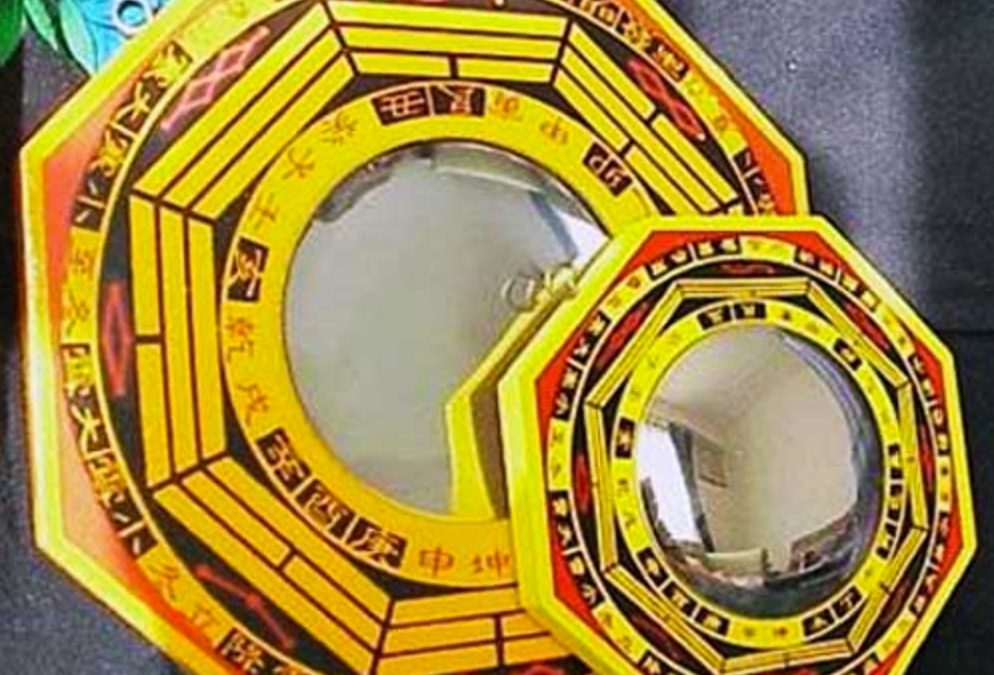 The Concave Bagua and the Convex Bagua were first used in the ancient Chinese civilization which is also the place of origination of the Feng Shui culture. They were hung outside doors of Chinese homes and would deal with all kinds of harmful vibrations which were meant to destruct the house and its residents. The frames of such mirrors also hold importance.
* A red frame symbolizes illumination and self-growth.
* A blue frame portrays creativity and vigor.
* Productivity and success is represented by a gold frame.
* A black frame is the symbol of power and authority.

What Is A Concave Bagua?

What Is A Convex Bagua?

A Convex Bagua is a kind of a mirror which is outwardly curved. Hence the primary purpose of this mirror is to deflect negative energy in a way that it harms anyone who comes in the path of its vibrations.
Applications of a Convex Bagua:
A Convex Bagua has a number of miraculous uses which are listed as follows:
* When rowdy neighbors live opposite to the house and can intend serious harm.
* When the front door faces a flight of steep staircases or a long corridor.
* When larger buildings make the concerned house or building look small and insignificant.
* When the house is surrounded by noisy sites like construction places, airports, train stations or police stations.
* When a large tree is wrongly placed and blocks the entrance to the house.
* When a graveyard, cemetery or a place of negative energy is situated close to the house.

The Concave Bagua and the Convex Bagua should never be placed inside a house because they are only meant to be hung only outside the front door. They also work superbly outside an office area and helps the business prosper.
What Are The Differences Between These Two Mirrors?

* A Concave Bagua successfully draws and magnifies positive energy while harmlessly dispersing negative energy whereas a Convex Bagua should be used in only extreme conditions when serious harm or injury is expected from the surroundings.

* A Concave Bagua Mirrors can generally be used in almost all situations which require the use of Fengshui mirrors whereas a Convex Bagua is so powerful that its requirement needs to be regulated. It cannot be placed everywhere as it could prove to be harmful in many situations. Hence, this mirror needs to be used with care.